Summary → Pokémon Blaze Black 2 & Pokémon Volt White 2 are essentially the sequels to my Black & White hacks known as Blaze Black and Volt White. The usual rules with the hacks apply; the main feature is that all 649 Pokémon are available for capture somewhere in the game, and the trainers have all had their rosters changed in order to maintain a much harder challenge than the original game, as well as having an increased variety of opponents to fight. There’s also a large amount of alternative features these hacks offer, which range from differences to the Pokémon themselves to the presence of a couple new TMs.

→ Additionally, the two versions only differ in terms of their aesthetic differences, such as the appearance of Opelucid City, the title screen, etc. So basically, just pick whichever color takes your fancy! 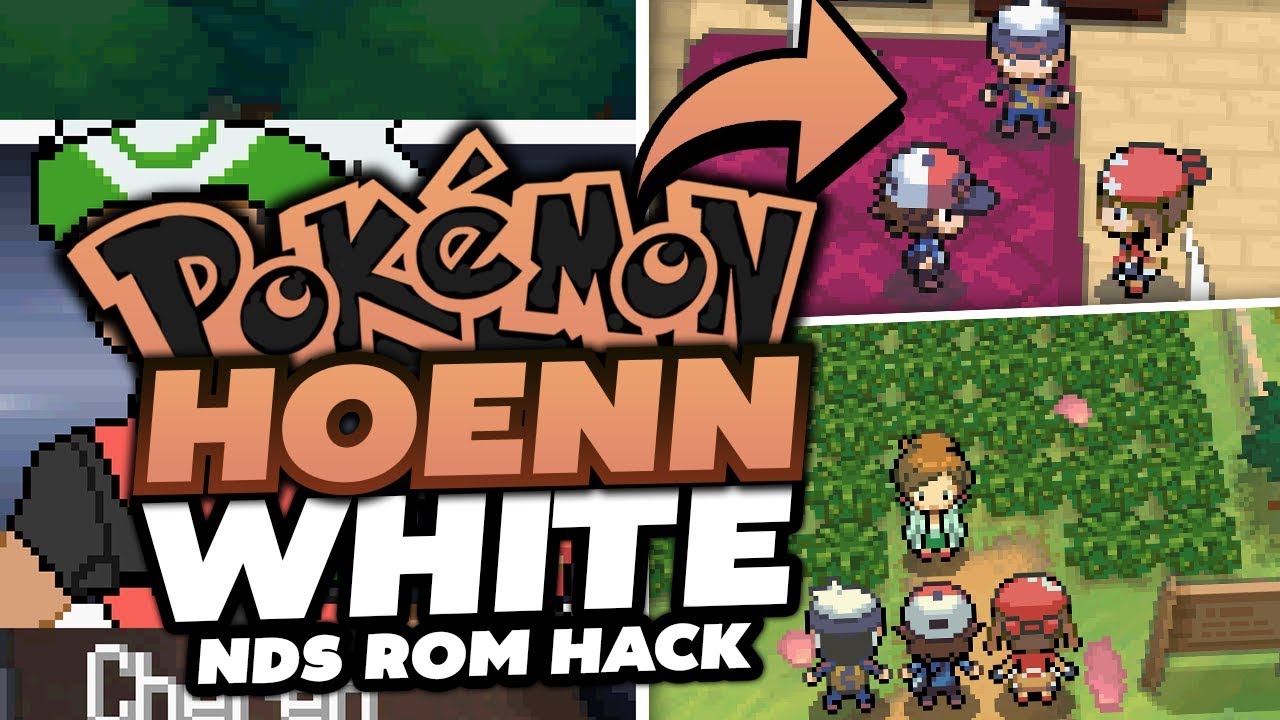 Specific Features → The wild Pokémon have been edited in each and every area of the game. Most areas now contain at least 8 Pokémon species, and in most cases, more! You’ll be able to attain a complete PokéDex within the limits of the game itself, and the majority of Pokémon are available no later than the seventh badge, meaning you can form basically any team you want! There’s a couple legendaries that you can’t get until after the Elite Four, but aside from that…

→ The rosters of almost all of the trainers in the game have been edited. The exception to this at present are the Dome trainers, as they aren’t really necessary and there’s no proper trainer editing tool available for B2W2 yet. This has also raised the level curve of the game, meaning you can expect to beat the first round of the Elite Four somewhere in the 70s level-wise. Most notably Gym Leaders, your rival and the Elite Four have all been made significantly tougher. Gym Leaders will also have differing Pokémon amounts depending on the mode you play; Normal Mode will have them with anywhere from 3 to 5 Pokémon, whereas Challenge Mode will pit you against a full team of six. The Elite Four and Champion also hold some surprises in Challenge Mode…

→ There’s been a large number of edits to Pokémon. These can include the level up moves they learn, the abilities they get, their compatibility with Move Tutors and TMs, and even their base stats. There’s a document included that will tell you all you need to know. This also makes Dream World abilities significantly easier to obtain. However, if this particular point doesn’t appeal to you, the Vanilla version of the hack cuts it out.

→ Some attacks have also been edited, for example the Pledge moves having 100 base power or Cut now being a Grass-type move. This is also removed from the Vanilla version of the hack. 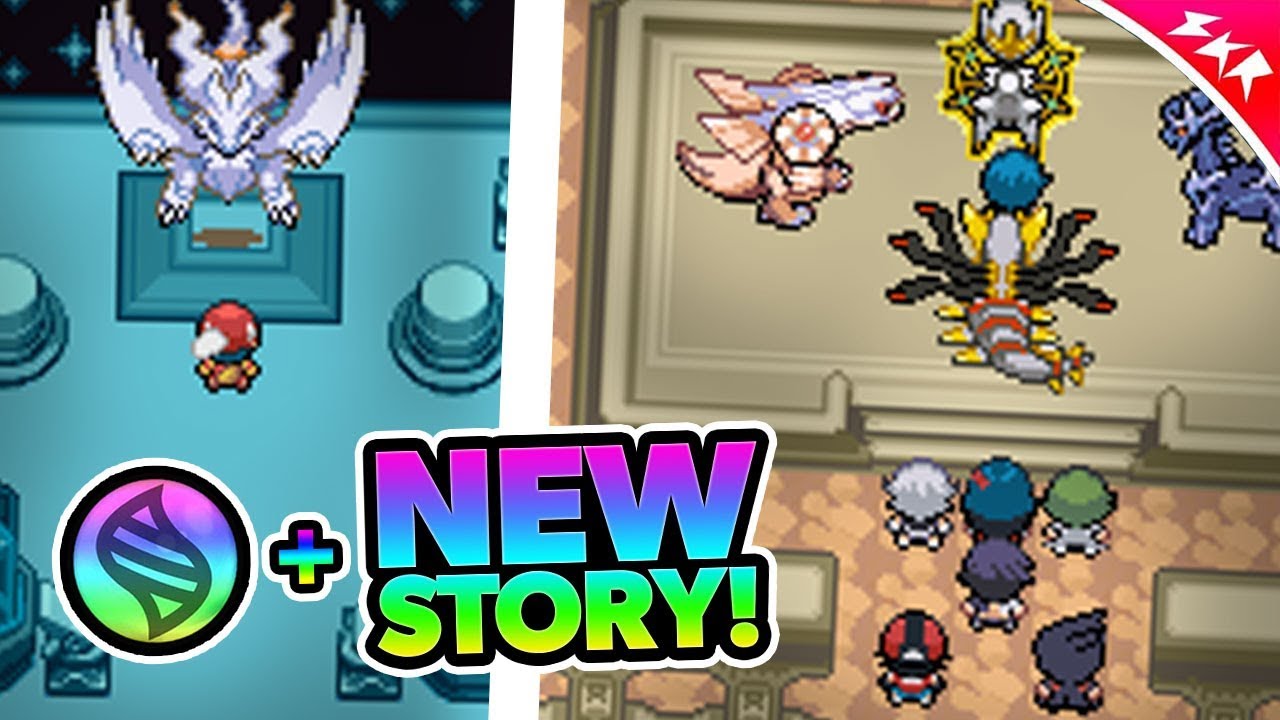 → There’s also been some changes to evolutions. The majority of these involve editing the trade evolutions; in most cases you will now simply be able to ‘Use’ the item like an evolution stone - for example, using a Magmarizer on a Magmar to evolve it - to do what you would normally need to trade for. For those who evolve by trade but don’t need an item, a new item called the Covenant Ore has been introduced and is available in several places through the game; it works like an evolutionary stone, so you’re still able to evolve them at any time. Leafeon and Glaceon are now obtainable through new items known as the Woodland Ore and Frozen Ore, to get around their areas being post-game. Shelmet and Karrablast instead follow a Mantyke routine where the other needs to be in the party for them to evolve. Finally, some of the Unovian Pokémon such as Scraggy, Mienfoo and Larvesta have had reductions to their evolution levels to make them more usable in comparison to the older species.

→ Items that you receive and find lying in the field have been changed considerably - this is generally done in order to bring almost all TMs available before the Elite Four are defeated. Notable changes include much earlier Flamethrower and Thunderbolt TMs, and even an Earthquake TM as early as the fifth gym! Doesn’t quite beat Platinum, but it’s close to. You’ll also be able to find a lot of evolution items on the map somewhere, such as the Reaper Cloth, Up-Grade and Protector.

→ A couple of the Poké Marts around the region have had some edits. Examples include the ability to buy Luxury Balls in Virbank City, Heart Scales and shards in Driftveil City, and any sort of evolution item you want in the Route 9 department store.

→ There have been some text edits; a couple of these are sprinkled references, but for the most part it’s to made the item changes make sense with the dialogue. In addition, Juniper’s speech at the beginning has been changed; this is the tip-off that you’ve got the hack working correctly.

→ One-time encounter Pokémon such as Cobalion, Virizion, Volcarona, Braviary etc. have had their levels raised in order to fit with the new level curve. In addition, there’s also a much bigger variety of one-time encounters, mostly dealing with legendaries. Ever thought you couldn’t find Articuno in front of Twist Mountain, or Kyogre within the Abyssal Ruins? Well, now you can! You’ll be able to unlock a fraction of these around the eighth gym badge, then the rest sometime after the Pokémon League. Are you up to catching them all?

→ Some of the trades within the game have also been edited, and given much better IVs. Players will now be able to trade for a Togepi, a Gengar and an Exeggutor before the Elite Four is dealt with. Note that any trades with Yancy and Curtis are not changed.

→ New events have been added into the game. Apart from the aforementioned over-worlds, there’s also Gym Leader rematches outside the PWT, the ability to challenge Hoenn Leaders at various points in the game, Harlequins who will give out starters and even the ability to battle with Hilbert and Hilda! You’ll also be given the keys for Easy Mode and Challenge Mode almost right at the beginning of the game!

→ The Pokémon that appear within the Hidden Grottos around Unova have also been changed. This is a primary way to get the starter Pokémon that you don’t receive, but also has a large assortment of other Pokémon. If you play the Vanilla version, this will be important in order to keep your Pokémon on par! Most Pokémon with useful DW abilities will be present somewhere.

→ All of these changes are well documented in PDF guides that come with the download. If you want to know what’s been added or changed, simply consult them!