Pokémon Fuse White 2 based on Pokémon Volt White 2 made by Drayano.

Main features :
- 649 fusions (some with alternate forms like castform, sawsbuck, arceus, ...)
- Available in English OR in French
- Every Pokemon (from bulbazaur to calyrex) is fused at least once. This includes alternate forms like alolan, galarian, ...
- Every type combination (mono type included) is represented by at least one fusion in its last evolution stage
- There are some fusion with mega pokemon
- Some easter eggs (with the fusion's name or their look)
- Drayano's changes to overworld legendaries, TMs, ... 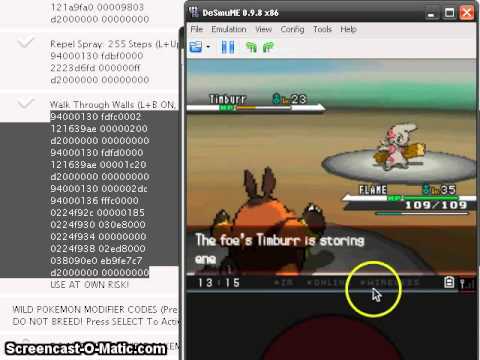 This version is meant to be randomized since I don't have edited Fusion moveset and trainer teams yet.
Everything is explained in the readme.txt. Make sure you read it

Five long years after the events that took place in the Hoenn Region and two years after N and a mysterious trainer challenged each other with the Heroes of Unova, a trainer from Aspertia City was to take their first steps of his/her journey through the Unova region. The day begins when the trainer’s mother tells them that a person named May was going to give them a Pokémon. So he/she sets off to find her, meeting up with their childhood friend along the way who assists in searching for May. When found, May will introduce to you three Pokémon which will be the trainers partner for their journey. The trainer will travel Unova and face many new challenges along the way.

During the time periods between the events of Hoenn to the present, many things have taken place. Brendan from the Hoenn Region began a journey of his own in Unova, and was assigned to become the Gym leader of Aspertia City. May was transferred to Unova to become the assistant of Professor Juniper. Team Aqua and Team Magma also appear. After failing in Hoenn, Team Aqua continued to pursue their goals of flooding the world; they joined forces with Ghetsis and Colress to achieve that goal in Unova. Team Magma learned from their mistakes, and so followed Team Aqua to prevent them from disturbing the balance of land and sea.

Will Team Aqua finally achieve their goals? Or will they be stopped once again?

Features:
> A whole new storyline never seen before on a B2W2 hack! Travel through a new Unova region and take on the challenges that await you!

> An upgraded Hoenn Pokedex. All Pokemon from the Hoenn dex will be in the game as well as selected non Hoenn Pokemon for balancing reasons.

> Hoenn Starters: Torchic, Treecko and Mudkip. Which one will you choose for your journey?

> Difficulty is increased drastically. Gym leaders as well as trainers will certainly test your skills as a Pokemon trainer!

> Remixed Hoenn Themes. Listen to your favourite Hoenn themes and be hit with nostalgia.

> Edited Pokémon Stats and abilities (For balancing reasons). Now you can choose your favourite Pokemon and not worry about its stats!

> Edited Pokémon Move Sets. The move sets for Pokemon are similar to those in Drayano’s Blaze Black 2/Volt White 2.

> Old faces: Hoenn people will be put into the game (Only in complete version). Have a more Hoenn experience by seeing revamped Hoenn people that appeared in R/S/E.

Note:
Can be played up to Skyla.
Do not enter the aeroplane to travel to Reversal Mountain!