Check out these 3DS Rom Hacks of Pokemon X/Y and Pokemon Omega Ruby and Alpha Sapphire. These ROM hacks add a ton of new features and experiences! All you will need to play is the Homebrew Launcher on your 3DS.

What is a Rom Hack? 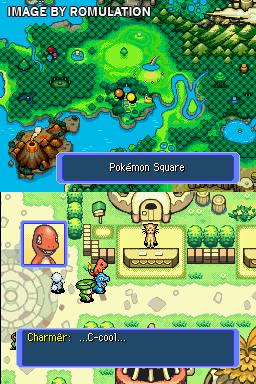 ROM hacking is the process of modifying or patching a ROM image (usually of a video game) to alter the game’s graphics, dialogue, levels, gameplay, and/or other elements.

There are many reasons to play ROM hacks. Some of them are:

Pokémon Rutile Ruby and Star Sapphire are romhacks of Pokémon Omega Ruby and Alpha Sapphire. Their main purpose is to provide a more challenging game experience while not artificially limiting the player. The premier feature of Rutile Ruby and Star Sapphire is the ground-up redesign of Pokémon Trainers in the world to increase the game’s challenge. Every trainer in the game has been edited, and the level curve expects use of the Experience Share, which means that you level up very quickly. You should be hitting Level 100 by the time you get to the Elite Four.

The secondary focus of RR/SS is to function as a sort of “20XX Hack Pack” where everything obtainable is 100% legal for real online battles, and some features are designed to make preparing competitive teams much less of a hassle.

If you have a CFW and .cia of the game you can follow the installation instructions in the official release thread.

Rising Ruby and Sinking Sapphire are modifications of Omega Ruby and Alpha Sapphire that allow you to play through the main game with all 721 Pokémon obtainable and go through the challenge of a significantly stronger Pokémon League. A huge emphasis has been placed on Pokémon availability, with most areas in the game offering 10 or 11 species that haven’t been seen before that point. The mostly equal chance of encountering any of the Pokémon in an area also mean you’re unlikely to get the same thing twice on the first encounter, making the game lend itself well to Nuzlocke runs (if you can handle the extra challenge from the trainer battles!).

For instructions read the readme file in the .zip archive.

Eternal X & Wilting Y are typical difficulty/721 hacks; all Pokémon are obtainable in all versions of the games, trade evolutions are optional and they are, of course, more difficult than the base games. Both EX and WY come in three versions: the Legal Version makes useful Hidden Abilities easily available, and adds many egg and tutor moves to almost every Pokémon’s level up moves, all of which are legal in the official games (hence the name). The Rebalanced Version includes all of these changes, as well as base stat, type and movepool changes intended to make weaker Pokémon more fun to use. Finally, the third version available is Insanity Mode; this is essentially the Rebalanced Version with some more challenging Trainer battles.

Watch anaconda 2. Neo X & Neo Y are ROM hacks of Pokemon X and Y designed to offer the player greater difficulty through expanded trainers and better variety through edited wild Pokemon encounters along with a plethora of other features. Neo X & Y are pretty much identical at this stage.

Pokémon Nova Sun and Umbra Moon are mods for Pokémon Sun and Moon. Their main purpose is to provide a more challenging game experience while not artificially limiting the player. The premier feature of Nova Sun and Umbra Moon is the ground-up redesign of Pokémon Trainers in the world to increase the game’s challenge. Every trainer in the game has been edited, and the level curve expects use of the Experience Share, which means that the player levels up very quickly. Every Pokémon in Trainers’ teams has a hold item and a proper moveset. The end-game of the main story features trainers with Levels in the mid-nineties

I will continue to update this post as new ROM hacks get released. Let me know what your favorite is in the comment section below!

OverviewThe story of Pokémon Black/White continues in this direct sequel for the Nintendo DS system.
secretagentsnake rates this game: 5/5

I have to say I was impressed by the graphics on this pokemon game. I havent play pokemon in a while..sooo one day I was bored and I downloaded this, immediately from the beginning I was persuaded by its fast pace and battle packed gameplay, that this game would be worth while.

Pokemon Black redefines the original formula we all fell in love with when we first played Red & Blue as kids.
As a Rpg, Pokemon is amazingly balanced and is accessible to all types of audiences.

The sounds are just as good as you would expect from a pokemon game, and the new sprites and 3D enviroments are beautiful to look at.

The new IR interface makes everything from trading to battling so much easier..no more link cables or union rooms!

Pokemon Black will easily last you several hundred hours, and for the die hard fans who wanna catch 'em all, be prepared to work your way through a whopping 649, old and new!

i love the game so much because the grafics and the pokemon are awesome!!!

This ROM works as intended and contains all features and moments of the original game. Geatures that require use of a catridges original battery are not a worry as this is a DS game, not a GBA catridge. No problems using dsemu from start to finish.

Welcome the to new generation of Pokemon. 5th generation brings to the table new things and150 NEW Pokemon. Here are some new things that are brought to the table:
- the C-Gear (the means of Wireless Communication, IR communication with other folks, and Wi-Fi Communication)
- the Xtranciever (the ability to talk to do video chat with others if you have a DSi or DSiXL)
- Like Gold and Silver introduced night and day, now you also have seasons to deal with
- Entralink (the ability to link with a friend and also enter their 'world' and grow berries)
- The cities resemble the Big Apple
- Some areas of the game, you can move in 3D environments
- You can access the Pokemon Global Link to have random battles with others!
So pick up a copy of Pokemon Black or White and battle your worries away!

Upload a Screenshot/Add a Video:

Now you can add videos, screenshots, or other images (cover scans, disc scans, etc.) for Pokemon - Black Version (DSi Enhanced)(USA) (E) to Emuparadise. Do it now!

Nominate for Retro Game of the Day:

If you haven't noticed yet, we have a retro game of the day feature (top-right of the screen) wherein we feature a new retro title every single day!Now, you can vote for your favorite games and allow them to have their moment of glory. Click on the button below to nominate Pokemon - Black Version (DSi Enhanced)(USA) (E) for Retro Game of the Day.

For more emulators, check out our extensive emulators section.

Please enable JavaScript to view the comments powered by Disqus.

Pokemon Home Everything We Know So Far About The Upcoming