It took me a while but here's a new toy. Today I publish my own PHP forkbased on the PHP 5.3.6 code base with a few changes that make the everydaysdeveloper life more bearable. It includes some of the patches I've alreadypublished about 3 years ago, my defcon extension and also my infusion extensionplus a good bunch of extra gimmickries.

In the MySQL-landscape, you can see that the server is forked again andagain which result in a seperate project every time; such as Drizzle, MariaDB,OurDelta or the Percona server. I don't want to maintain my own PHP version,but it's fun to improve PHP's behaviour under the view of faster development andalso faster execution.

The above wget command will download a txt shell and save it as webshell.php in the site directory over system. If the web shell is not generated, try exec as system may have been deactivated on the webserver php.ini file. To search for a web shell backdoor that is readily available for including, search for the following on Google: inurl. Security 106 – Limit PHP access to file system. In most web server setups it’s strictly advised that the web applications are not allowed to read files outside of the web root directory. All the web server files are generally located under /var/www unless a customization is done.

Okay, get the source from github and see what has changed so far

strlen() is both, often used and very slow at the same time. Invarious PHP performance instructions, you can read that isset() ismuch faster to determine if a string has at least a certain size. If you wantto check the exact length, you end up with something like this:strlen($str) 32 -> isset($str[31]) &&!isset($str[32]). This is very ugly and hard to read. I added anew opcode for count() and strlen(), whichresults in up to 10 times faster function execution. A strlen() with aconstant string like strlen('foo') is optimized away to a constant'3' at compile time; which is cool because this way more verbose codeis not a problem anymore. For every time() call in PHP, there is also a time(NULL)call to the kernel - and a few more for internal handlers. I thought, that thisis optimized away by using the SAPI layer. But the SAPI method to use a cachedtime(0) is implemented very spartan. So I removed alltime(NULL) and time(0) calls with the internal SAPI handlerand also implemented a SAPI hook for CGI/FCGI. You may know, that there is nochance of getting the time via CGI/FCGI. But I patched also lighttpd and nginxto send the time as RAW_TIME. There is a risk that this optimizationbreaks your script because you get an old cached time value if the script runsmore than one second - for example inside of a daemon written in PHP. Thus,I've added a new ini variable called use_sapi_time to turn thisoptional optimization on.

strtr() creates an internal lookup table to speed-up the characterreplacement. Unfortunately, gcc can not optimize this table generationaway. So I hardcoded this table instead of beeing generated anew for eachcall.

Turn off $_REQUEST variable if it's not needed

Registering PHP's super globals consumes superfluous time. The$_REQUEST variable contains all request relevant parameters, but Inever use it and use $_POST, $_COOKIE, $_GETdirectly under an OOP fashion instead. Anyway, I added 'r' to the ini variablevariables_order to make the filling ofthe $_REQUEST arrayoptional.

exists() is isset()'s little brother not taking nullvalues into account. It just tests for the existence of variables andattributes. My old patch removed the null check of isset() but Iwanted to keep backwards compatibility and added a new exists().

Writes the ob buffer to an opened file handle.

Chops a time into smaller pieces and returns it as formatted string or asarray. The format is a mixed type and can be defined as integer as a number ofentities or as string to define the units you want to get. The types for theselective mode are defined as:

The time value switches to the delta of the current time and the passedvalue if the value is too big and looks like a unix timestamp.

Calculates the significant figures of a number.

Cuts a string if it's longer then a max value and appends a given string.This function doesn't chop words.

String calibration to check, if the string is in a given format with asimple regexp format.

String calibration without care about upper and lower case.

Brings a simple template parser to PHP. The idea comes from the C# printf()functionalitys.

Round to the next multiple of a certain base.

Writing parsers in PHP mostly result in for() + strlen() + substr()constructs. I modified foreach() to be able to loop through strings inorder to get the characters and their index. This is prettier and also muchfaster then the previous method.

Deleting several characters from a string can cause multiplestr_replace() calls. It's now possible to delete all characters atonce using strtr().

I need a list of the keys of an array very often. One way to do this isimplode(array_keys($arr)), which is not that fast and looks not reallynice. implode() now has a new parameter be able to return the keysinstead of the value:

What happens if you write $str[-5]? Right, you get a warning andthe expression returns null. But why should we give it away? We coulduse negative string offsets in the same way as positive string offsets with thedifference, that we start at the end of the string. So [0] is thefirst character of the string, [1] the second and [-1] is thelast, [-2] the second last and so on. This is really intuitive, makesthe code cleaner and avoid nasty strlen() baubles.

In C# you can define binary numbers in a similar way you write hexadecimalnumbers: 0x90. With this change you can define binary numbers with a0b prefix like this: 0b01001. I don't know, if thisfeature is good for a common use, because, as you may know, there are after allonly 10 persons who understand binary. But I use bit sets very often and thisis a good and fast way to do this.

Programmers are such a lazy folks and writing array() is reallyannoying. Here is an attempt to make this more handy.

A very useless default parameter is the one of microtime(). I canremember, with PHP 4 everyone used a explode() + subtractaction towork around microtime()'s return value. With PHP 5 it became possible to returnthe time as double, but this is not the default. I broke the API compatibilityhere and return the µ-time as a double by default.

UTF-8 and ENT_QUOTES as default

As most web applications work with UTF-8 to makei18n more easy, it is a good idea to bring UTF-8 as default into thegame. The same is true of ENT_QUOTES. Okay, I must admit, this changeis also a little product of laziness because I hate writing ENT_QUOTES,'UTF-8' - thus this was the last time.

A really annoying problem is when include-warnings spam the logfile, if youput aside file_exists() checks. You could add a @-sign in front of theinclude command, but this forces PHP to be silence for the entire file. PHP nowhas a new ini directive ignore_include_warning to be able to disableinclude warnings with ini_set() or globally.

Quoting is necessary to satisfy the json protocol. As an extension, it issometimes nice to define callbacks in a json string. I added a new bit-maskconstant namely JSON_CALLBACK_CHECK in addition to the undocumentedJSON_NUMERIC_CHECK. If the callback-check flag is set, the prefix__cb of a string value indicates a not quoted callbackstring.

I think it's a good idea to turn on native type casting by default. Thisreduces cache sizes of installations where people don't care about somethinglike that and increases also the execution performance if numbers fromdatabases are heavily involved in calculations.

The MySQLi function mysqli_fetch_all() returns an indexed array bydefault. The performance benefit doing so is very low; using associative arraysshould be better with regard of easy and readable code.

The MySQLi attribute matched_rows and the attendantprocedural mysqli_matched_rows() function return the numberof matched rows of the last SQL operation. If you updadate a table and theaffected_rows number is e.g. 5, this doesn't mean that 5 is also thenumber of elements that have matched the WHERE clause. If you want toretrieve the number, you need to run another SELECT COUNT(1) querywith the same condition or parse the mysqli_info() output for yourselfinstead.

The function mysqli_return() is the equivalent tomysql_result(). The difference of mysqli_return() to it'solder pendant is, that the MySQLi version free's it's ressource after returningthe value by default. You can turn off this behaviour, but I wanted a functionwhich can be used to return and free a single value instantly.

The PHP fork is rid of the followin old and depricated functionalities inorder to make the code base smaller and to improve the execution time. This maylimit the usage of PHP under some scenarios but first read on at the nextsection.

I've added a new ini file in order to have more control over PHP. It'spossible to define and delete constants, declare variables as SUPERand rename and delete functions and classes. The new ini file looks likethis:

I named the file php-global.conf which can be defined with aphp.ini variable like so

Some further ideas (not implemented yet) 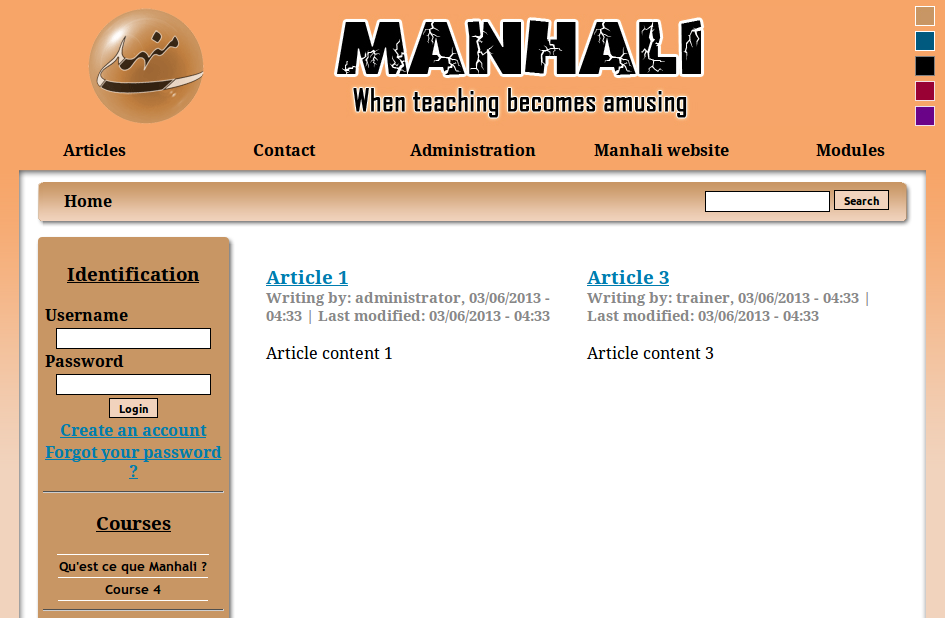 If you like the features of the modified PHP 5.3.6, you can get it fromgithub. I would be glad to hear further improvements that should getimplemented and also hear what you think about the changes I made.

Sorry, comments are closed for this article. Contact me if you want to leave a note.