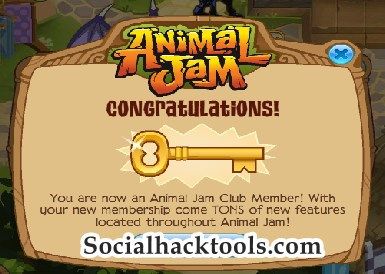 We saw the dawn of a new world…

We won the war against AIDA…

But after the IMOQ and GU series were over with, Dot Hack (in terms of games) went silent for a long time. We have now been graced with “The Last Recode” on the PS4, but what was happening during all the years in between?

Well, what if I told you that Dot Hack was alive and doing (mostly) well? Turns out that Dot Hack has always been more popular in Japan and because of the massive fan-base there, Bandai heard the customer’s cries for new games and decided to take Dot Hack to that next level—

Yup, I am talking about MOBILE APPS!

Whether we like to admit it or not, mobile gaming has been on the rise. Popular franchises like Mario and Pokemon have taken that leap, while retro games have also been moving to mobile in order to reach a whole new generation. Even mobile MMOs are becoming more popular with Black Desert Online launching a mobile version, Runescape also heading to mobile, and even FPS games such as PUBG heading to your phone. So, it’s not so surprising that Dot Hack might do the same and did make that move several years ago.

And unless you were in Japan (or Korea), here are some Dot Hack mobile apps that you probably missed out on:

—Dot Hack New World was a mobile RPG launched in late 2015 in Japan. It was a “wave survival” game where the focus was building that perfect party and utilizing a chain of combos to take down enemies. Levels were split up into “waves” of enemies the party would have to defeat in order to progress. But that was just the basics. The game also focused on collecting your favorite characters from the Dot Hack series…this was done through a slot-system or like Gachapon. You would have to spend money (in-game currency and/or real currency) for chances to get your favorite character…but it was a gamble and there was never a guarantee.

This game also provided a type of fan-service in that it allowed your character to give gifts to other characters (like Kite or Haseo) in order to build a relationship with them. You could take your favorite characters on dates and even pat their heads etc. There was also a social part of the game where avatars could run around the Root Town and chat with other people. There were emojis and other things that could be used to add on to the conversation…though not a lot on this system has been seen.

Lastly, there was character customization. From the beginning, players could make their own Dot Hack character…choosing their gender, their class, changing their hair styles, eye style, etc. All this was the closest we had come to a real Dot Hack MMO since Fragment had been released on the PS2.

Because the game was only in Japanese it is hard to get a grasp on what the story revolved around…and many have said that this app was very heavy with story. The main premise seems to be that a mysterious player (and possible AI) known as the Crying Princess is going around and slaying other players. She kills people in one hit using a mysterious power, and no one can stop her. Naturally I assume the plot goes deeper than that…but I have not been able to locate any information as to the depth and true plot of it all.

But New World looked and sounded amazing! Sadly, the servers shut down in late 2016 with the game not even lasting more than a year. You can still download the app and listen to the amazing title screen music, but sadly, everything is offline which means you can not start a new game. I only found out about the game recently and so I was very sad when I learned this was something I would never get to play.

But if you want to learn more about the game and what is was like, I suggest checking out this video by Havian as well as a gameplay video by Kongbokpao –

—So here we have an app that most people have hard about but only few people got to play…and that is “Guilty Dragon” . While the game came out as early as 2012, it finally shut its servers down in March 2016. It was considered an RPG and it introduced several new characters into the Dothack series such as an “Azure BlackRose” – officially known as “Sharp BlackRose” and the “Emerald Green Prisoner” which is a phantom version of Tsukasa.

Still, the game is not to be considered canon despite what the story might have been. The creators labeled it more of a “Dot Hack Concept” rather than it taking place on any official timeline. Again, because it is in Japanese we can only loosely determine what the story might be, though there was supposedly a fan-project that gave the app an English translation.

The game itself was actually a dungeon-crawler where your character would descend through multiple dungeon levels fighting monsters and collecting cards. At the end of each dungeon there was a chance to encounter a boss which was usually a “Phantom Character”. The boss-battles took place by using the cards you had collected over the course of your travels. These cards would boost your attacks such as your heavy-blade damage, twin-blade damage, and wavemaster damage. Combos were necessary in dealing massive amounts of damage to bosses, so using cards of the same type or color seemed like an essential part of the game.

Fighting animations would only play if the character was winning? But there were battle scenes that would play and they were really good quality for a mobile app. Also the soundtrack was pretty good.

This game also allowed for character customization…so again, you were able to make your own Dot Hack character to play with. Again we had an app that was heavy in story as well, and this one seemed like it was pretty successful since it ran for almost 4 years. This mobile app was not only in Japan but there was also a Korean version of it as well, but I’m not sure if the two had any differences.

Still, it’s just another one of those things you might have missed out on if you’re not in the JP area…and, if you got to play it, then I have to say that I envy you.

If you want to see more, here is the official trailer released for the game in Japan:

And here is some gameplay posted by .hack//Translate on YouTube:

These are just the largest of the apps out there with some being even more obscure than these!
There was a trademarked name just called .hack//MOBILE which people can only assume later became Guilty Dragon. But there was another app called .hack//Chat which allowed Japanese users to move around 64-bit avatars while having a conversation. The “Maiden of Silver Tears” was only volume 1 of New World…as it was released in chapters…and so outside of that, nothing else seems to be there for Dot Hack or The World.

Now with The Last Recode having been released, we can only hope that this is a new beginning for Dot Hack. Even though CC2 have announced nothing about continuing Dot Hack specifically, we can hope their bigger projects take off so that future funds might be considered in making something new for us loyal Dot Hack fans!

But let me know what YOU think!

Have you heard of these apps before now? Did you actually get to play either of them? What were your thoughts on the apps? Which one seems more appealing to you and why?

Personally myself, I would play them both, but New World is more appealing to me due to its “wave survival” system and lovely HUB World. I also like the personalized relationships with characters and the fact you are traveling in a party. But both have great character customization which is something I always wanted out of any Dot Hack Game (where we might not be playing as main characters that is).

Still, it’s a bummer that these apps were such a missed opportunity for a lot of fans. I know that in 2012, I did not even own a smart phone, and region-unlocking your device to download apps from Japan was a lot harder back in the day. So while some made it work, a lot of us either did not have the ability due to older devices, or we could not risk it because our devices were so expensive.

Now with both games being offline without any private servers…we can just sit, wait, and hope another opportunity pops up for us to either try these amazing games and/or something new to pop up entirely!

But that’s all I have for now…thank you all so much for reading and supporting this blog! As always, I will see you all in the next one! 😉