This best hacking game app can also work on a few server-based online games. Download Freedom app, best online game hacking app for Android. Lucky patcher is one of the best hacking apps for games on Android, which allows you to remove annoying ads from any app you are using on your Android smartphone.

Android is now one of the most popular operating systems. So, hackers have also started using Android devices for their tasks. Now Android devices are used for penetration testing and other hacking activities including IT security administrator, Wi-Fi hacking, and network monitoring. There are several hacking apps or Android devices. So, we have curated a list of the best hacking apps for Android.

Before you start using these apps, you must take a backup of your important data. I also recommend the use of these apps on a separate device. Using this on your primary phone is not recommended. It is because many of these apps require a rooted device and app can also harm your phone.

If you are looking for a good hacker app, check this list of hacking apps for Android.

AndroRAT stands for Android RAT. RAT is the short form of Remote Administrative Tool and it allows an attacker to remotely control and fetch information from a device. AndroRAT does the same thing. It has a server developed in Java/Swing but the Android application has been developed in Java Android. 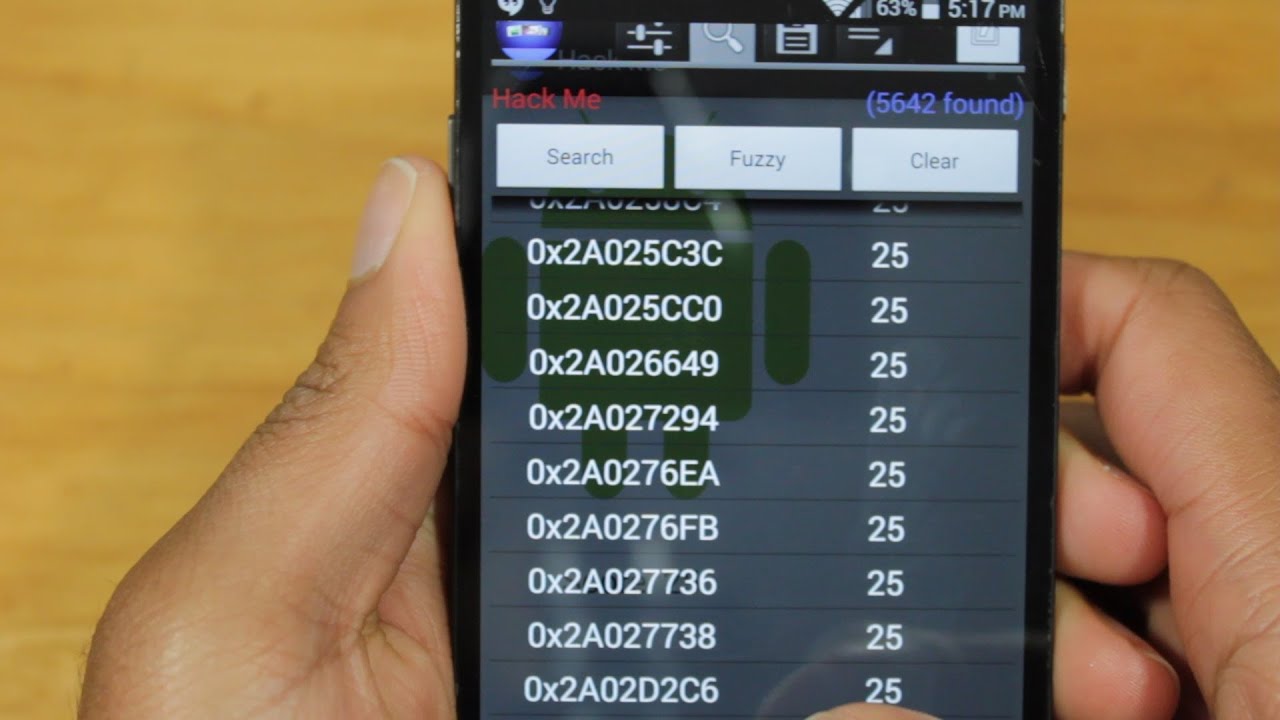 AndroRAT allows you to connect information like call logs, contacts, messages, location, and more. You can remotely monitor sent and received messages send texts, use the camera, open a URL in the browser, make phone calls, and remotely monitor the device.

The connection to the server can be triggered by an SMS or a call. From the server GUI, you can check all the connected clients and access information.

As the app allows silent remote access, it is not available on the Play Store.

zANTI is a known penetration testing suite of applications you can install locally on an Android smartphone. This tool brings scanning tools Diagnostic features and Reporting tools. You can use this malicious software to attack a network and check for any loopholes in your network. This tool is used to test redirect and SSL stripping attacks. You can edit request and response messages from web servers, the host takes websites from your Android phone, and more.

FaceNiff is another good Android hacking that allows you to intercept the traffic of your WiFi network. You can use this tool to snoop what people are doing on the network you are. You can snoop on services like Facebook, Twitter, Amazon, YouTube, and more. This is one of the notable too for stealing cookies from the WiFi network and gives the attacker unauthorized access to other people’s accounts.

This app requires a rooted device. So, you can only use the app if you have a rooted phone.

Droidsheep is also a similar app that helps security analysts understand what is happening in your Wi-Fi network. Like Face Sniff, this app can also hijack the web session profiles over a network and supports most of the services and websites.

The primary difference between Droidsheep and FaceSniff is that Droidsheep works with almost all the websites while FaceSniff has limited support.

Hackode is another good hacking apps for Android. It is not a single app but a collection of tools for ethical hackers and penetration testers. The app comes with three modules including Reconnaissance, Scanning, and Security Feed. You can use this app for SQL Injection, Google hacking, MySQL Server, Whois, Scanning, DNS Dif, DNS lookup, IP, MX Records, Security RSS Feed, Exploits, etc.

The app is still in beta, but available in Play Store.

cSploit is also a good security tool for Android. It comes with several options like cracking Wi-Fi passwords, installing backdoors, finding vulnerabilities, and their exploits. If you are looking for a good hacking app or hacker app for Android, you should try this one for sure.

DroidBox is also a similar kind of app that allows you to do the dynamic analysis of Android applications. You can use this app to get information like hashes of APK package, network traffic, SMS & phone calls, Incoming/outgoing network data, Listing broadcast receivers, and more.

If you are into security or hacking, I am sure you already know the name of this too. Like the desktop tool, Nmap for Android also allows you to scan It works on both on non-rooted and rooted phones. If you are a beginner, you should try this app and learn from it.

This app is available on the Play Store.

APKInspector allows you to perform reverse engineering on an APK. you can use this to get a deep insight or APK and get the source code of any Android app. You can do modifications in the APK and visualize the DEX code to erase the credits and license.

Shark for Root is an advanced hacking tool for security experts and hackers. It can work as a traffic snipper. You can use the tcpdump command on rooted devices. It works on Wi-Fi, 3G, and FroYo tethered mode.

dSploit is an Android network penetrating testing suit. You can download and install it on your device to perform network security testing. It supports all Android devices running on Android 2.3 Gingerbread or higher. You need to root this phone for using the app. After rooting the phone, you need to download BusyBox from Google Play Store

WPScan is a WordPress vulnerability scanner for Android. This app is used to scan WordPress based websites and find possible vulnerabilities. WPScan is a popular desktop tool but this WPScan for Android is not related to that. So, do not think of it as an official WPScan app.

Network Mapper is a network scanner tool for network admins. It used to scan the network, lists all devices connected, and find Open ports of various servers like FTP servers, SSH servers, SMB servers, etc on the network. The tool is available on the Play Store.

Andosid is like LOIC for the desktop. This tool is used to perform DOS attacks from Android mobile phones. You can use this tool to set a target URL and perform a DOS attack in one click. The tool will start flooding the target URL with fake requests.

AppUse is a Virtual Machine developed by AppSec Labs. It is a freely available mobile application security testing platform that comes with lots of custom made tools by AppSec Labs. If you want to use your Android phone as your penetration testing tool, this one is for you.

Network Spoofer is also a good hacking app for android. It lets you change the website on other people’s computers from your Android phone. Connect to a WiFI network and then choose a spoof to use with the app. this tool is to demonstrate how vulnerable a network is. Do not try this on any unauthorized networks.

As the name suggests, DroidSheep Guard works against DroidSheep. It monitors Android devices’ ARP-table and tries to detect ARP-Spoofing attack on your network. It does not require a rooted device.

Fing is a popular network scanner app used by security professionals and hackers. The app helps in dickering what devices are connected to the internet, map devices, locate security risks, find intruders, and solve network problems. It also lets you find out if someone is staring your WiFi and broadband.

Orbot app has been developed by the Tor Project for internet freedom and privacy. This app lets you hide your real IP address. Use this while performing any kind of network hacking or trying to intrude in a network. The app hides your IP address by bouncing your communications around a distributed network. It also comes with LibEvent and a lightweight web proxy server.

Change My MAC is basically a MAC address Spoofing app that lets you change the MAC address of your Android phone. This app offers all the features and doesn’t ask you to pay for any special feature. The only thing you need to know is that it requires a rooted device to use.

Termux brings a powerful terminal emulation with an extensive Linux package collection on an Android phone. So, you can use bash and zsh shells, access servers over ssh, manage files with nnn, and edit them with nano. There could also be several more things you can do if you have a terminal in your pocket.

WIBR Plus is a Wi-Fi penetration testing app that lets you find the security of your WiFi network. You can use the app to find out if your router is vulnerable.

This is a GPS spoofing app that lets you change your GPS location to any of the locations you want. You can use it to share a fake location on WhatsApp or other messaging app, swipe people of different locations on Tinder, access websites that are only available in specific GPS locations, and more.

Android is one of the biggest operating systems. and now the most popular mobile operating system. Now we even have big screen devices running on Android and few people even see it as a replacement of desktop OS as well. This is the reason now we have penetration testing tools for Android as well. You have a list of good hacking apps or hacker app for Android. You can try these apps if you are learning to hack and do not want to use your desktop. If you were searching for some good hacking apps for Android, check this list and see if you find an interesting app.

Q. Is hacking an app illegal?

A. It depends on the app. Some hacking apps are used for penetration testing and are not legal because they are used on a network or a device with proper permission. So, it depends on how you are using an app.

Q. Can Android be used for hacking?

A. Yes, you can. There are several apps that let you perform different hacking tricks using your Android phone. I have already made a long list of the best hacking apps for Android.

Q. Can I learn hacking on Mobile?

A. Yes, there are several mobile apps that bring good hacking tutorials. But this article was about the best hacking apps.